The financial services of the future come from Berlin. Fintech-Hub H:32 opened.

Berlin, 30 May 2018: The flourishing business district of Zoologischer Garten in Berlin is one hub richer – literally. Today, representatives from business and politics opened H:32 at Hardenbergstraße 32, Europe's largest hub for Fintech companies. That is, a place where companies can exchange ideas, develop ideas and grow together with a focus on the term Fintech, meaning technologically innovative services and instruments in the financial sector. 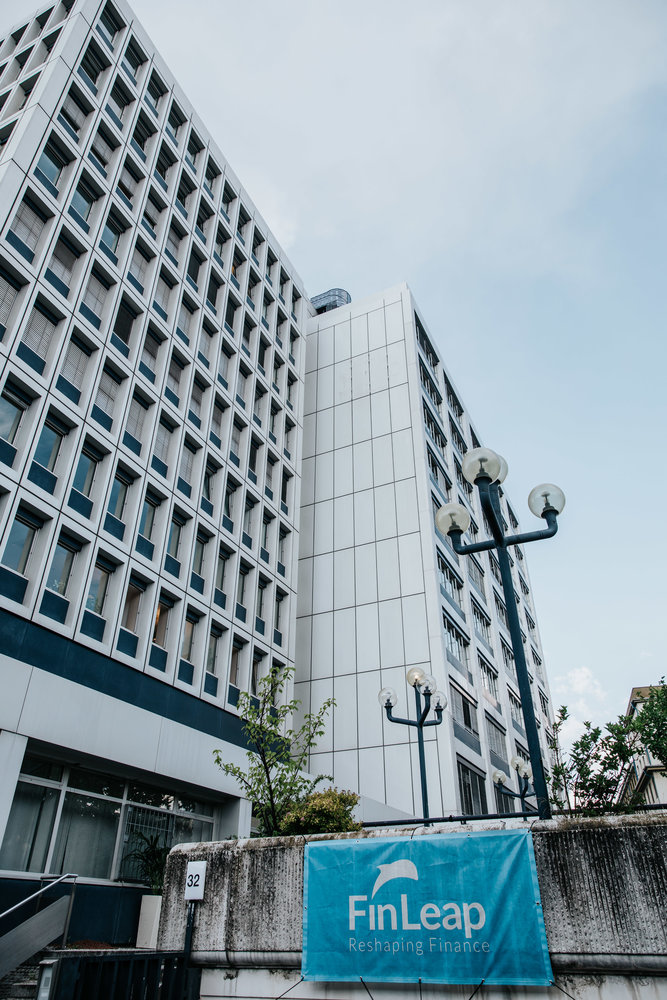 Ecosystem of the financial sector

"A network of companies has emerged in Berlin from which the financial services of the future will emerge," says Ramin Niroumand, CEO of the company-builder FinLeap. "We are very pleased that the Federal Government and the State of Berlin support this unique ecosystem." FinLeap is the largest Fintech company in Europe. As part of the Digital Hub Initiative of the Federal Ministry of Economics and Energy (BMWi), Berlin was named a hub in 2017 with a focus on IoT & Fintech. The city of Berlin then awarded FinLeap the contract to build a hub focusing on Fintech.

"The hub H:32 underlines the strength of the capital as a German centre for young Fintechs", says Ramona Pop, Mayor and Senator for Economy, Energy and Business in the State of Berlin. "Here, the Berlin location has recently gained considerable momentum. Berlin is the German capital of Fintech and has far more Fintech start-ups than Frankfurt and Munich combined." The Senator pointed out that Berlin is home to another hub of the Digital Hub Initiative (de:hub). In addition to H:32, the "Internet of Things" hub is located in Kreuzberg. "The two new hub locations will link start-ups, science, SMEs and large companies. With these hubs, we are making the Berlin ecosystem accessible to established SMEs and at the same time strengthening Berlin as a business location for IoT and Fintech," says Senator Pop.

Hub open to all players in the financial sector

"We are available as a discussion and cooperation partner to all companies that want to seize the opportunities of digitization and master the challenges," confirms Ramin Niroumand. The CEO of FinLeap also expressly addresses his own industry. "The European financial system must create a counterweight to the digital world powers of the USA and China. You can only do that together." H:32 is therefore open to all players in the financial sector, from start-ups to established financial institutions and insurance companies.

Across Germany, the Digital Hub Initiative (de:hub) supports a total of twelve such digitally leading locations, which set different priorities. "We are networking leading companies, founders and partners from science in one place so that they can jointly produce digital innovations, for example in the financial sector," explains Dr. Andreas Goerdeler, Head of Subdepartment for the national and European Digital Agenda BMWi, on the aim of the initiative. "Germany needs these innovations in order to successfully master the digital transformation of our economy and to further increase our global competitiveness as a digital and innovative location.

11,000 square meters at a historic location

Investitionsbank Berlin (IBB) – the development institute of the state of Berlin – proposed the former headquarters of the Berliner Bank as the location of the hub in Hardenbergstraße. The building was completely renovated and now houses the Fintech hub on seven of the eleven floors. These include companies that FinLeap has founded, such as the banking platform solarisBank and PAIR Finance, which offers data-based receivables management. DKB, Arvato Financial Solutions, AAZZUR and eleven other companies have also moved in. The Fintech hub at Hardenbergstraße 32 has a total of 11,000 square meters at its disposal, among other things there is space for events with several hundred participants. H:32 is operated by office service provider Scaling Spaces.

The Berlin-based FinLeap GmbH is a company builder for fintech companies. Founded in 2014 by HitFox Group and Ramin Niroumand, FinLeap has already developed 14 ventures with its technical infrastructure and has made the market entry possible. These include B2B companies such as solarisBank, the first banking platform with a full banking license, FinReach an account switching service provider, and B2C companies such as Clark, a digital insurance broker. FinLeap provides access to 0.5 to 5 million euros of seed capital, a network of investors and experienced entrepreneurs, as well as clients and top talent. FinLeap and its ventures employ a total of around 600 employees from over 50 nations.